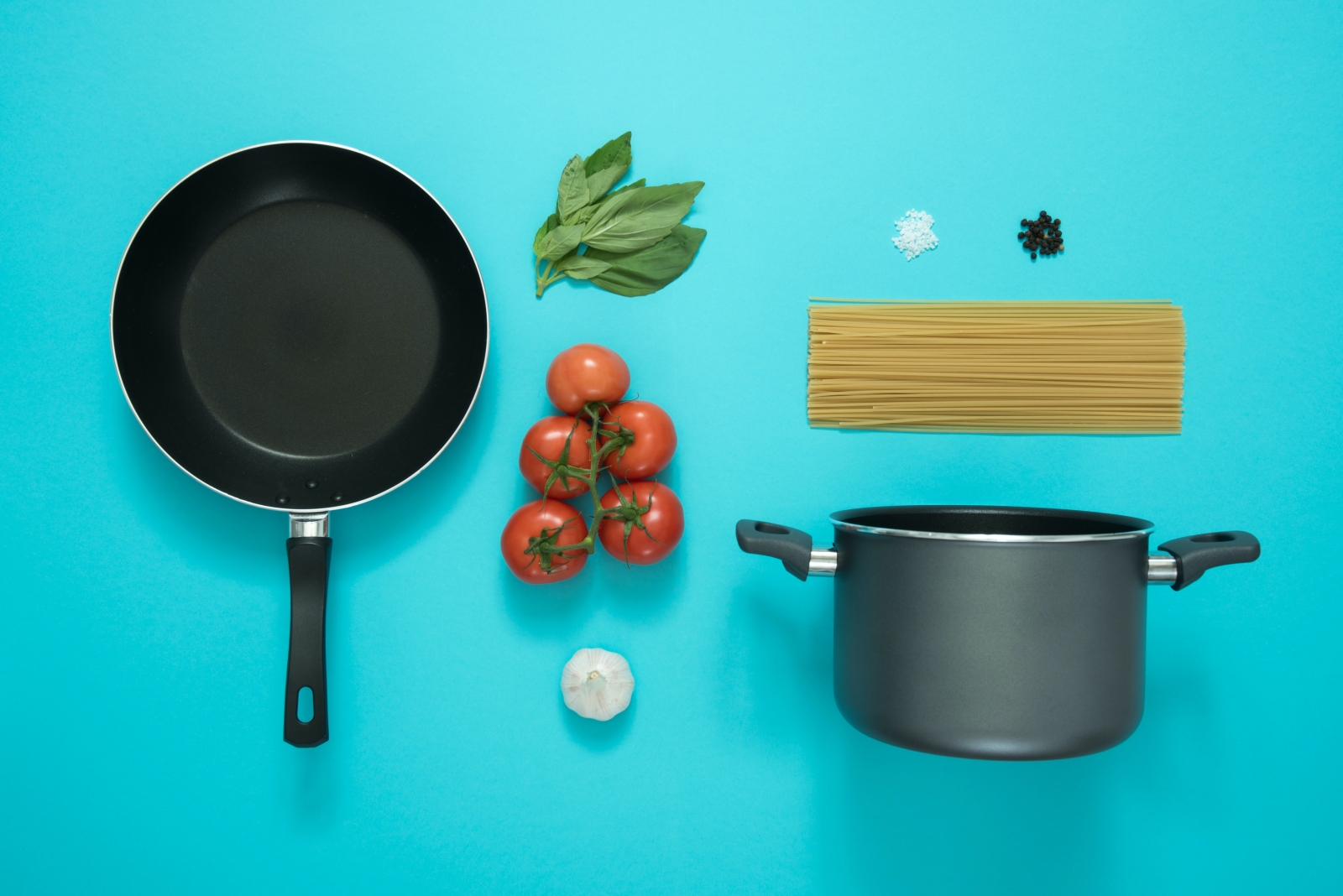 Cooking for One in the Apocalypse

Containers of Arborio sat crowded on the designated rice shelves, though all the other rice had long since been scavenged. I added a second liter and a half container of chicken broth to my basket and a block of six-month aged manchego cheese. Rounding things out with two bags of whole wheat penne and grapefruit sparkling water, I got into the mercifully short check out line, had my only face-to-face interaction for the past three days--exchanging pleasantries with the cashier--then walked the four blocks back to my apartment.

I left the dry goods on the floor in my reusable bag, bright red and emblazoned with the NC State logo. I haphazardly filled the cabinet that serves as my pantry after my initial apocalypse grocery run a week earlier. For that trip, I crafted a meticulous list which included a mix of fresh food and non-perishables. I didn’t want to appear overly concerned to the people peeking into my grocery cart, who would hopefully assume that I was cooking for a family of five and not just myself. I also wanted to be prepared. After trip number two, there was nowhere to put my three liters of chicken broth.

New York apartments are not made for doomsday-prepper-style hoarding.

As a writer, I am generally more interested in observing the world around me, particularly in a time of crisis, than what food one should have on hand in said crisis. How does one plan meals for herself when the world feels like it’s careening towards a reality out of a Suzanne Collins novel? It seems like a time for barebones meals—unseasoned rice and beans, or flavorless nutrition cubes.

And yet the only rice available happens to be the bougiest, best prepared with an aged Parmesan and a bottle of amarone wine. Who am I to argue with providence? Or is it merely a lack of forethought that I hadn’t noticed I was low on rice before the self-quarantine began?

There is a German word for the phenomenon of panic-buying in crisis. The fact that the eternally stoic Germans have a word for it makes me feel less neurotic. “Hamsterkäufe, meaning to shop like a nervous, bulging-cheeked hamster,” from this recent New Yorker article by Helen Rosner. It is a precise and evocative description that fit me and my overflowing cabinet/pantry well. While I know intellectually that the odds of my imminent starvation are negligible, and that there are in fact humans at real risk of not being able to feed their families, a nagging unease whispers doubt in my mind.

In the kerfuffle and proverbial dust that is wont to be kicked up in a crisis, organizing, planning and cooking are my solid ground. I know it should be Jesus, and in many ways it is. Scurrying around my apartment, which is about the size of a hamster wheel, my instinct leans toward creating spreadsheets and systems over prayer. Prayer could permeate those deafeningly quiet moments, but I am generally left with bits of thought that flutter around as if they are notes scribbled on errant receipts caught in a gust of wind.

I am aware of a conflicting set of impulses and emotions. I feel hyper-motivated and deeply unsettled. My actions are methodical and erratic. And my motives are as much about obsessively creating order and control as they are a genuine desire for well being and normalcy. Without the regularity of my routine and human interaction, I stripped of the habits that normally drive my day.

What remains? Everything I do not give myself time and space to notice under normal circumstances, sure. I notice that with the lifting of my everyday responsibilities and frantic bouncing from one activity and place to the next, the pressure that comes from meeting others’ expectations has also lifted. Because there is quite simply no one to perform for.

There is a sense of uncovering and revelation, which is, of course, the true meaning of the word “apocalypse.” According to Google, we get the usual definition about the end of the world, but from an entomological perspective, it says, “from Greek apokalupsis, from apokaluptein ‘uncover, reveal.”

In a crisis, there are people who turn in on themselves, who wall themselves off with a protective layer of brownies and Netflix. And I’ve certainly had those moments. But for me, crisis brings clarity. It strips away the undercurrent of anxiety generated through overthinking, and gives me clear problems to solve.

It distills everything down to one undeniable fact--life goes on, however dramatically or normally. Or it doesn't. We must continue to feed ourselves, inhale and exhale, wash our hands, and fill our time. The story progresses, whether we are an active part of it or a background character waiting for the next scene.

Once I have reorganized my pantry cabinet to create space for my three liters of chicken stock and fancy rice, I think about the coming week in terms of the problems I must solve and the adjustments I must make. And it starts with the meals, taking raw ingredients and combining them into something suitable for nourishment of body and soul. I imagine a meal that will fill not only my stomach, but my unmet need for in-person interaction. I settle on my favorite curry recipe and mentally map out my preparation steps.

Even though a quiet moment chopping an onion feels like a luxury my busy mind cannot afford, I put on some music and focus on the rhythm of the knife moving up and down. I combine the spices for the moment they will be thrown into the saucepan. I mince garlic and ginger. In this moment, I am producing, and yet it is a product meant just for me, for my fulfillment and well being. I generally cook for one, but the certainty that this performance will not be enjoyed by anyone but me presents a different hunger. It is the hunger for a human--any human with taste buds and a soul--to share in my enjoyment. As I move through the recipe, this moment uncovers the reality that I do not know when exactly that hunger might be satiated.

Once it’s all in the pot simmering, I set a timer for 30 minutes and busy myself with various tasks--hanging up a coat, loading the dishwasher, cleaning the counter. After completing the final steps, I ladle the 6-8 servings into appropriate containers. Three of these will go into the fridge and the rest into the freezer. When it is finished, I am greeted by a sense of stillness. I have done everything I can. I’ve created clear steps to follow, and I’ve followed them.

My hamster cheeks are bulging, but everything in them has been meticulously accounted for and put onto a spreadsheet. I listen to my uncovered hunger for connection and ask a friend if they would like to FaceTime or have a virtual movie night. I check on my friends who live alone. Then I start thinking about tomorrow's lunch.