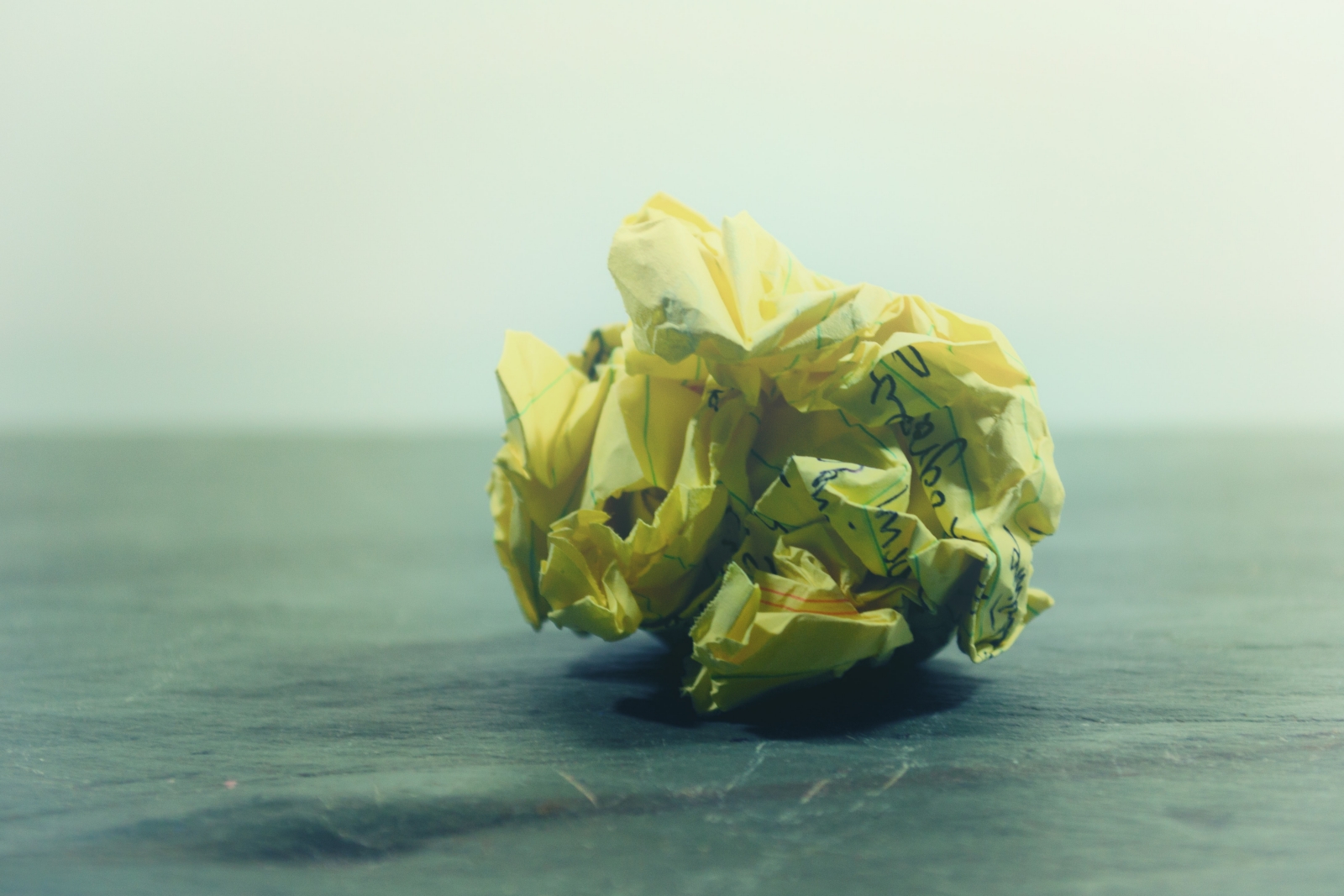 For the Moment You’re Ready to Throw in the Towel

At least once a week, sitting alone in my office, I wonder why the eff anybody thought this writing thing was a good idea. I think, Who in their right mind would choose to do words for a living?

Typically, I’ve written something truly brilliant that has not become an instant sensation. The indignation of my ego that demands to be recognized as the greatest mind of our generation rises up and the reel of nagging questions begins.

What if I’ve gone all in on the creative life only to find that I am merely mediocre? What if I can’t do it?

Perhaps this doubt is what has brought you to this particular moment today. Or maybe you got your ninth rejection letter from your dream agent, or worse they didn’t deign to respond at all. You’ve arrived at a moment where the weariness of continuing to put one foot in front of the other is finally too much. And you wonder what would be so bad about moving anywhere cheaper and selling ad space in airports.

Yes, that could actually work. Because you know that there truly is nothing wrong with moving or selling ads. You even imagine that it would lift a weight off your shoulders. And it just might appease the voice of self-doubt.

Afterall, doubt speaks in the voice of people you respect. Maybe it’s right.

In these fraught moments, I like to blame God for calling me to the creative life in the first place. I mean, it’s his fault the ideas form almost of their own volition and spill out onto the page as if having a will and life of their own. He’s the one who was all I want you to use your voice.

Truthfully, I was the one who asked, and I was the one who said a begrudging “Alright, then.” But he’s the one who incepted the notion of pursuing the creative life into my soul. In these moments, I like to tell God what a big mistake he has made. Surely if this was his idea and I was good and obedient to the call, he owes me an immediate spot on the NYT bestseller list. Them’s the rules.

You know what I’m talking about. You’ve made sacrifices. You’ve done scary things and been vulnerable. And the payoff for all that you’ve laid on the altar of creativity seems to have gotten lost in the mail. This is not what you signed up for.

But even as you allow the resentful thoughts to bubble up, even as you think about turning around, you worry that God will be disappointed in you if you do. You hear that same voice, unbidden, drift into your head, the one that haunts you with its almighty proclamation of unsuitability, the one that has convinced you that if you give up on your call you will have failed your test and be sorted with the goats and the chaff. Everything you feared to be true about yourself will be confirmed and God will shake his head and go spend his time and energy on someone more worthy.

It begins to occur to you that maybe the voice of self-doubt isn’t going anywhere. Whether you are in Manhattan or Akron, mayhaps that accusatory voice will follow you no matter where you go or what you do.

An interesting thing happened when I was finally honest with God about this particular fear. It started with a story from my pastor. He talked about his own moment where he told God that he was done, that he didn’t want to do ministry any more. He was drawn to the story of Elijah, the one where he’s just done some of the most badass propheting and called down fire from heaven, defeating the prophets of Baal in an Old Testament showdown. He flees to the mountains and basically tells God, “I don’t want to do this anymore. I would rather die.”

The pastor went on to describe that God responded by giving Elijah a nap and a snack. And when Elijah again said that he didn’t want to do the work anymore, God said that he didn’t have to. I don’t know what translation he got that from, but the idea stuck with me. It hit me at one of these moments where everything in my life felt like a burden. That idea shifted something in me, a truth that I’d lost along the way.

We have a choice in this.

The call I feel to write and create is not a demand. It is an invitation, one that I am free to ignore. I owe God everything, but he does not hold it over me. Jesus has already paid that price. If I were to never write another word as long as I live God would not love me any less.

But I know that keeping all this creative energy pent up would eat me alive. I know what it was like to live with it inside of me, to be too afraid to speak and too doubtful of the need for the words to get out of me and into the world. I still feel that resistance when I sit down at my piano or with a blank page.

It wants me to forget that the louder it gets, the closer I am to the good stuff.

Perhaps if you are at a point when you want to walk away, that’s something to listen to and bring to God. Perhaps that’s a nudge from the Spirit that you need to take a break. Building endurance means learning to listen to that nudge. If you don’t, your body will listen for you.

And if it truly is time to walk away and do something else for an undetermined amount of time, maybe that’s ok. After almost ten years of classical training, I walked away from singing and I didn’t know if I would ever come back to it. I just couldn’t physically bring myself to do it anymore. I felt like a failure, and I listened to the accusation for a while.

But the reason you are reading these words is because I took the time to walk away. And the creativity inside of me found a different outlet. Eventually, I wanted to sing again and I'm learning to love it again. But if I had powered through and kept pushing, I don’t know that I would have arrived here.

If you need to walk away for a time, trust that the invitation will still be there when you’re ready to come back. You’ll still have the fear and the doubt and you’ll never truly be ready. You’ll still wrestle and want to give up. But maybe in your time away you’ll realize, like I did, that success and fulfillment in this creative work isn’t measured by a best-seller list or a Grammy or whatever.

Success is completing the thing you started. And therein lies the secret to finding joy in the work again. I have the goal of publishing a book, and it is a good goal. But I cannot control when that will happen or how that book will be received. All I can do is be faithful to today’s small steps that will inch me closer to completing that good work.

One of my favorite verses is in Isaiah, “Whether you turn to the right or to the left, there will be a voice behind you saying, ‘This is the way, walk in it’” (30:21, NIV).  The pressure you feel to do this work perfectly, the striving, the fear of not living up to the expectations? That’s not from God.

You are free to walk away if the pressure has become too great. And you’re free to stay. Whatever you choose, God will not walk away from you.

Published by Mary B Safrit in How-to's, The Creative Life