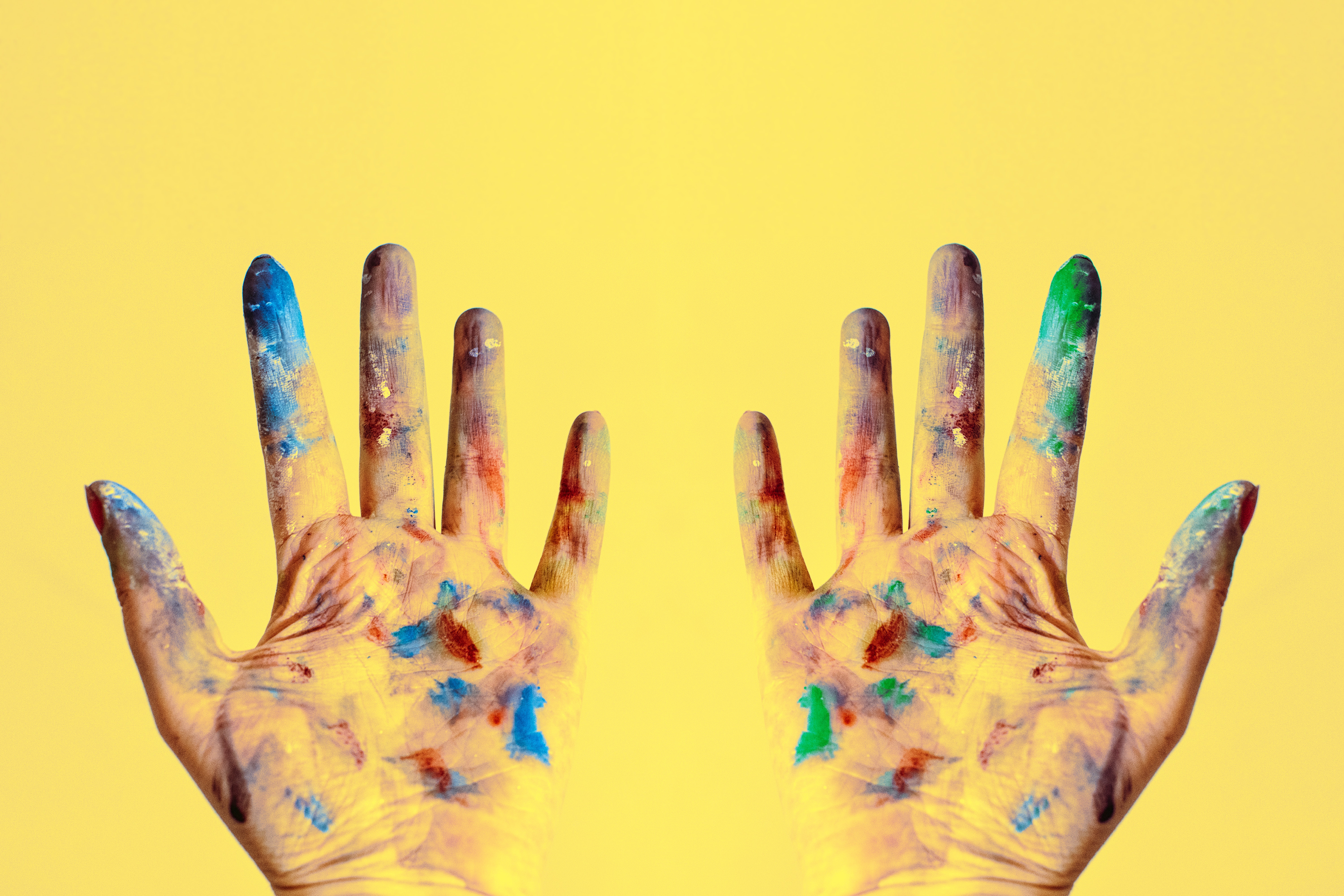 Step 3: Made a decision to turn our will and lives over to the care of God as we understood Him.

I spent a few years training as an opera singer. Most of that process was attending grad school to study vocal performance in one of the most surprising doors that God has opened for me.

During that time, I had a few roles that were characters who had actual names. One of them was the only purely speaking role in the opera, Fleta the Fairy. One was silent.

The silent role was in an intense show called "Dialogues of the Carmelites," which is about a group of nuns who get beheaded during the French Revolution. It's actually based on a true story. The beheading doesn't happen until the very end, but there was another dramatic death at the end of the first act. The Prioress (aka head nun) is on her deathbed and sings for approximately eleven million minutes straight before surrendering to death.

There are a few of levels of humility here. One, getting over the fact that second semester of my final year of grad school I had been given a silent role in the opera, and deciding I was going to be the best pretend barfer that stage had ever seen. I had to sit through several extra hours of rehearsal for those five minutes onstage silently fake barfing, which was truly a blessing as I was preparing for my masters recital and my comprehensive exams.

Two, not only was the role silent, my character was apparently some kind of weeny that fainted all the time (hence the reference to the "salts"). Why did I get the absolute lamest role in this entire opera? Your girl is farm strong. I mean, I know that's why they call it acting, but still. Get it together, Sister Anne.

From my time as an opera singer, I've seen and been part of many death scenes. The singer who is dying has to mimic all of the physical and emotional symptoms of the death process while also singing a beautiful legato line. The challenge is to make it look realistic while also sounding stunning and having perfect breath control and being heard over an entire orchestra without a microphone.

In case you aren't picking up what I'm putting down, it's really forking difficult. It also adds a romantic air to the whole death process. If I think about it, though, I'm not sure how many people are dignified or grandiose in their final hours. In fact, I would say it's one of the most vulnerable and humbling moments of life.

I know, I'm full of fun pep talks in this blog series.

Humility is crucial to the health of our relationships with ourselves, with others, and with God. In his book The Ragamuffin Gospel, Brennan Manning writes, "Although truth is not always humility, humility is always truth--the blunt acknowledgement that I owe my life, being, and salvation to Another. This fundamental act lies at the core of our response to grace."

You can probably tell how good I am with responding to grace by my reaction to playing Sister Anne of the Cross. The thing about being sick or dying or vulnerable in some other way is you can't pretend to have everything together. But when we encounter these moments, whether personally or second hand, it can be a sobering reminder that life and health are shockingly fragile.

Step three is all about surrendering ourselves to the care of God (as we understand Him). Richard Rohr writes, "Surrender will always feel like dying, and yet it is the necessary path to liberation." I've noticed this thing in church where we talk about spiritual renewal as going from death to live, which is apt imagery, but it is often discussed with a jubilant tone. And yet, if you've gone through this process, you probably know that it is painful. Even though we know that something better is on the other side, getting there is alarmingly vulnerable and undignified.

Knowing that, it can be hard to actually make the decision. What if God isn't trustworthy? Can I really believe that God knows and wants what is best for me? Maybe it's better to stick with what I know, what is safe and comfortable than risk something new. Jesus had his own qualms before his death. Luke writes, "And being in agony he prayed more earnestly; and his sweat became like great drops of blood falling down on to the ground" (22:44). Mark writes, "And he said to [the disciples], 'My soul is very sorrowful, even to death. Remain here and watch" (14:34).

In order to make this decision, we have to get to a point where we are out of good ideas, which is how Anne Lamott defines grace. Isaiah 30:15 says, "For thus says the Lord God, the Holy One of Israel, 'In returning and rest shall you be saved; in quietness and in trust shall be your strength.'" In order for us to buy into this process, we have to understand God as better than we can imagine and more loving than we comprehend. It's that counter-intuitive for our can-do brains.

As much as we would like to picture ourselves effortlessly flitting into new life, grace is much grittier than that. It's in the God who is not too prim to get down into the muck with us, the one who knows what death is like and the anguish we can experience in life, the one who was mocked, beaten, humiliated, and murdered. He knows because he did it, and he made a way for us to come out the other side with him.

*Francis Poulenc, Dialogues of the Carmelites, Act 1. Shout out to my girl Shelby who looked up this quote while recovering from food poisoning like a boss.

If you or someone you love is struggling with addiction, check out the resources on the Alcoholics Anonymous website, or call this National Helpline for Substance Abuse and Mental Health. 1-800-662-HELP (4357)

What do you think?

Leave a comment below or use my contact page to shoot me a message. Looking to join the conversation? Sign up for my newsletter to get an exclusive, thought-provoking message from me every other Wednesday plus recommendations for content I think you'll love.

Published by Mary B Safrit in Christian Living, Teaching
Tags: The Addict's Gospel