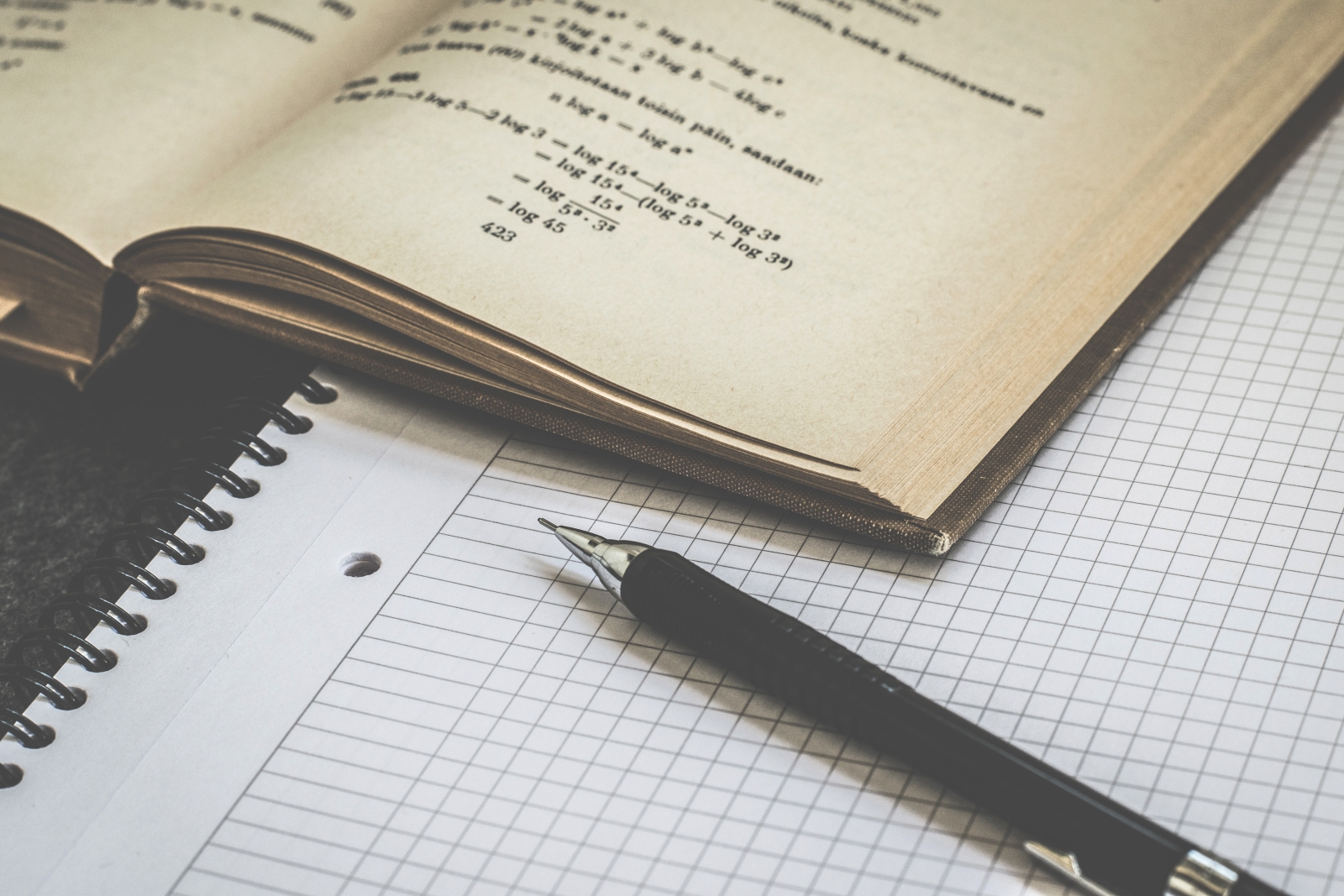 Step 8: Made a list of all persons we had harmed and became willing to make amends to them all.

In the eighth grade, I had this math teacher whomst shall be known as Mr. Goose. Well, I had four different math teachers that year, but Mr. Goose was particularly memorable. How I managed to pass the end of year Algebra test when I had a different teacher each quarter I will never know. I went to a small, Catholic school and was in the advanced math class with three other classmates. Due to lack of rooms in the middle school building, we used one of the empty elementary school rooms. We immediately thought Mr. Goose was a weirdo. Mainly because we were vicious thirteen-year-olds who hated everything, but also because he said things like how he wanted to attach a hose directly to a cow's utter and get the milk, "straight from the teet." Come on dude, I feel like that's on you.

We also hated Mr. Goose because he didn't teach us so much as he made us do practice problems and then copied the answer onto the board from the small, red answer book that corresponded with our textbook. He couldn't explain any of the concepts or how he got from one step to another, so we had to figure it out for ourselves.

As you can imagine, this was quite frustrating. My classmate, whomst we shall call Susan, and I hatched a plot. Ok it was mostly my idea, but she was definitely complicit. I decided that we needed to get Mr. Goose to actually learn the material, so he could, you know, teach us. We needed to hide his answer book. There was a locked supply closet in the back of the classroom that had a four-inch gap between the door and the floor. Mr. Goose would let us get colored construction paper from that closet all the time, so it wouldn't be unusual for us to ask for the key. And thus, Operation Goose Down was born. Ok, we didn't actually call it that. But that would be a fun thing, wouldn't it?

One day, Mr. Goose assigned us some practice problems then excused himself for a few minutes and Operation Goose Down was a go. I raced up to the front of the room, grabbed that little red book, sprinted to the closet, and slid it under the door. If I had just left it at that, this story might have ended differently. Part two of my plan involved going into the closet for more construction paper and, at that time, putting the red book on one of the shelves so that it would blend in. It took him most of the class time to realize that the book was missing, and when he started looking for it, I gave my best doe-eyed imitation of innocence. "Huh, wow, Mr. Goose, that sure is weird. I don't think we've seen it in a while, right, Susan?"

A few days later, they found the book. Somehow they put it together that it had to have been either Susan or me who had put the book in the closet. Perhaps the minor detail that we were the only students who went into that closet gave us away. The world may never know. But they got to Susan first. She was called into the principal's office during P.E. and my stomach sank. I thought, Come on Susan, keep it together. Just play dumb and we'll be fine. She came out fifteen minutes later, the truth written all over her tear-stricken face. She had snitched.

I still thought I could talk my way out of it. I strode into Mrs. Piatras' office with the confidence of an innocent with nothing to prove and sat down across the desk from her. "Look what we found," she said, holding up the red book.

"Oh, that's great," I replied cheerfully, "Where was it?"

"You don't know where?" she asked incredulously. I shook my head, my eyes wide and my eyebrows poised quizzically.

And just like that, I was caught. There was nothing left but to grovel with all the penitence an Episcopalian at a Catholic school could muster. After apologizing, I explained our logic, because if I was going down you better believe I wasn't going down alone. When I finished my tale of the diligent students who only wanted their teacher to do his bless-ed job, Mrs. Piatras nodded, asked a few follow up questions, then outlined the terms of my punishment. I was to get a zero as my weekly conduct grade, meaning my parents would find out. I was also going to apologize to Mr. Goose.

You'll hear about that next week for Step 9, making direct amends. This week is about making a list and becoming willing to make amends. I was zero percent willing to make amends. If anything, my thirteen-year-old brain reasoned, I was trying to help this dude be better at his job! Never in the history of the world has a person been so misunderstood, I thought.

And yet, if I'm honest, my action was more than a little vindictive. I wanted him to be humiliated and have to admit that he didn't know the first thing about Algebra. There were at least eighty-seven less cruel and more effective courses of action I could have taken if I was legitimately trying to help.

It gives me pause to think about it now that I can be more honest with myself. How many people have I injured all the while convinced I was showing the utmost care and consideration? My brain wanted to believe I was right, that my decision was reasonable, and so I found a story that reinforced that idea. I was doing it for the sake of my classmates. I was helping Mr. Goose learn how to teach Algebra. Maybe there was a sprinkle of altruism in my actions, but mostly nah. And if I think about it, how many smaller moments of twisted philanthropy can I come up with? Maybe I am wrong far more often than I believe.

There's this mystery series by Canadian author Louise Penny about a homicide detective named Armand Gamache and a tiny village in Quebec called Three Pines. Chief Inspector Gamache teaches all of his new recruits four statements that lead to wisdom. "I don't know. I need help. I'm sorry. I was wrong."

I was wrong. To a know-it-all, those words are costly. And yet, they free me from my pride, from the voice that tells me that I am nothing if I don't know everything. In 1 Corinthians 8:16, Paul writes, "Knowledge puffs up while love builds up." I don't think Paul is saying we shouldn't learn and grow; I think he is warning us against a disembodied knowledge that makes us a brain on a stick disconnected from our humanity. Paul would know the difference, considering he used to be a Pharisee. He knew the Law and upheld it with zeal. But when he met Jesus everything changed. It would seem that all his knowledge did not get him any closer to the heart of God, which is perhaps why he hates on it so much (Phil 3, 1 Cor 13, 1 Cor 2, just to name a few).

When I decided to hide the answer book from Mr. Goose, I was puffed up with the self-righteousness of my decision and the knowledge that I was unequivocally in the right. But at age thirteen, I didn't have the wisdom to accurately assess my motives or come up with a strategy that didn't involve humiliation.

And that, I think, is the difference between wisdom and knowledge. Knowledge keeps us up in the clouds and fills us with pretense and hot air. Wisdom frees us to accept how wrong we can be and how much we can miss the mark. Wisdom can admit a mistake. Knowledge thinks it doesn't make mistakes. And when we begin to see that, when we turn the corner and realize how wrong we were, that's where freedom and healing are waiting for us.

If you or someone you love is struggling with addiction, check out the resources on the Alcoholics Anonymous website, or call this National Helpline for Substance Abuse and Mental Health. 1-800-662-HELP (4357)

What do you think?

Leave a comment below or use my contact page to shoot me a message. Looking to join the conversation? Sign up for my newsletter to get an exclusive, thought-provoking message from me every other Wednesday plus recommendations for content I think you'll love.

Published by Mary B Safrit in Relationships and Community, Teaching
Tags: The Addict's Gospel