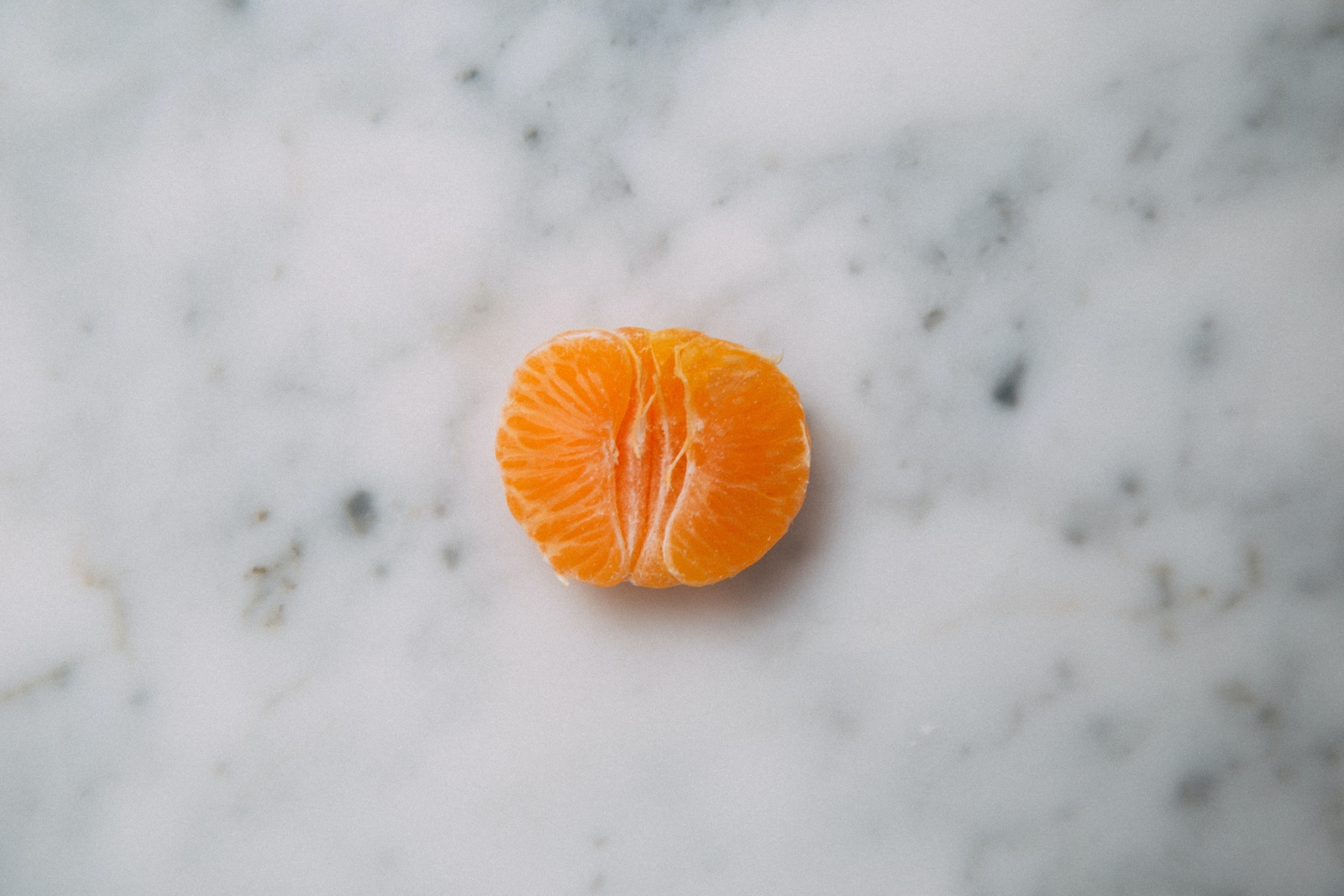 The Parable of the Clementine

I am drowning in clementines. After the last time I bought them, I swore never again. And yet here we are.

I wandered through Whole Foods, valiantly trying to stick to my grocery list and not be murdered by the other New Yorkers crowding the undersized aisles whilst I paused to consider the best head of broccoli. I generally get to grocery shop during the day when it’s much less crowded. But alas, time was not on my side that day, so there I was with everyone and their overflowing baskets and their aggression that’s still clinging after a long work day. None of us wanted to be there under these circumstances. We were either too cheap (in spite of shopping at Whole Foods) or too disorganized to have groceries delivered and we were each questioning that decision in every moment.

These conditions are prime for triggering my anxiety, all but ensuring I will not stick to my list. It was for this reason that, as I passed the bin filled with the inviting, cheerfully orange fruit, conveniently on sale for Prime members, I thought, You know what, I think I will buy these and in no way will that turn out to be a mistake.

They stared back at me from my transparent vegetable drawer. I put them in the fridge to help prolong their life, but I don’t know if this was the right decision. Twenty-six small spheres. And I am responsible for eating every single bless-ed one of them before they either dry up or rot. Clementines are a swell fruit, but not five per day for five days kind of swell. They’re best as an occasional sweet treat, a satisfying end to the work of removing the peel. But if it takes two minutes to peel a clementine and meticulously remove all the bitter, white vestiges, that is roughly fifty minutes over the next five days that I will spend in the act of peeling. I did not consider that commitment when I grabbed the net bag that day in the grocery store.

This quandary plagues me as I contemplate purchasing any fresh food item, how to buy just enough to last, but not so much that I can eat nothing but kale for the next 3-5 business days. Perhaps I am not creative enough with my food preparation. With the clementine example, I suppose I could have put it on a salad or prepared duck l’orange (like I am going to buy and prepare duck to eat by myself).

I had four friends over for dinner a couple of nights later, and sent three friends home with three each. I love cooking. That night it was a sweet potato, chickpea, and spinach curry over rice. I made the full recipe, only hesitating to ponder if it would be enough. I sort of forgot how much people eat. Five of us partaking in a six to eight serving recipe? How much was a serving size? What if we all happened to be extremely hungry? I shrugged and decided to hope for the best. Following the recipe exactly, I toasted the cumin seeds instead of half-heartedly sprinkling in some powdered cumin. I made the recipe a day early to ensure there would be enough simmering time. They all came over for a “movie night” after three of us had attended the evening service at church, but we never actually got to the movie. We swapped stories and sat around my coffee table, eating the curry as snow and freezing rain came down outside. It turned out there was more than enough; I actually got two more meals out of it. As they walked out the door and said their goodbyes, I passed them each three clementines. Only one of them said, “No, thank you,” showing the impulse control I had not in the store.

I didn’t finish the clementines before they dried up. They seemed to multiply every time I took one. All told, I left five uneaten. If there’s a next time, I suppose I’ll see about sharing the bag better. Perhaps with friends, office-mates, or any of the people experiencing homelessness I pass almost everywhere I go, which is honestly where the excess fruit should have gone to begin with. But I’m still buying more food than I need, which isn’t budget-friendly. I suppose the best solution is to abstain from clementines and hope that someone I visit will be drowning in their own clementines. And then I’ll take a couple off their hands.