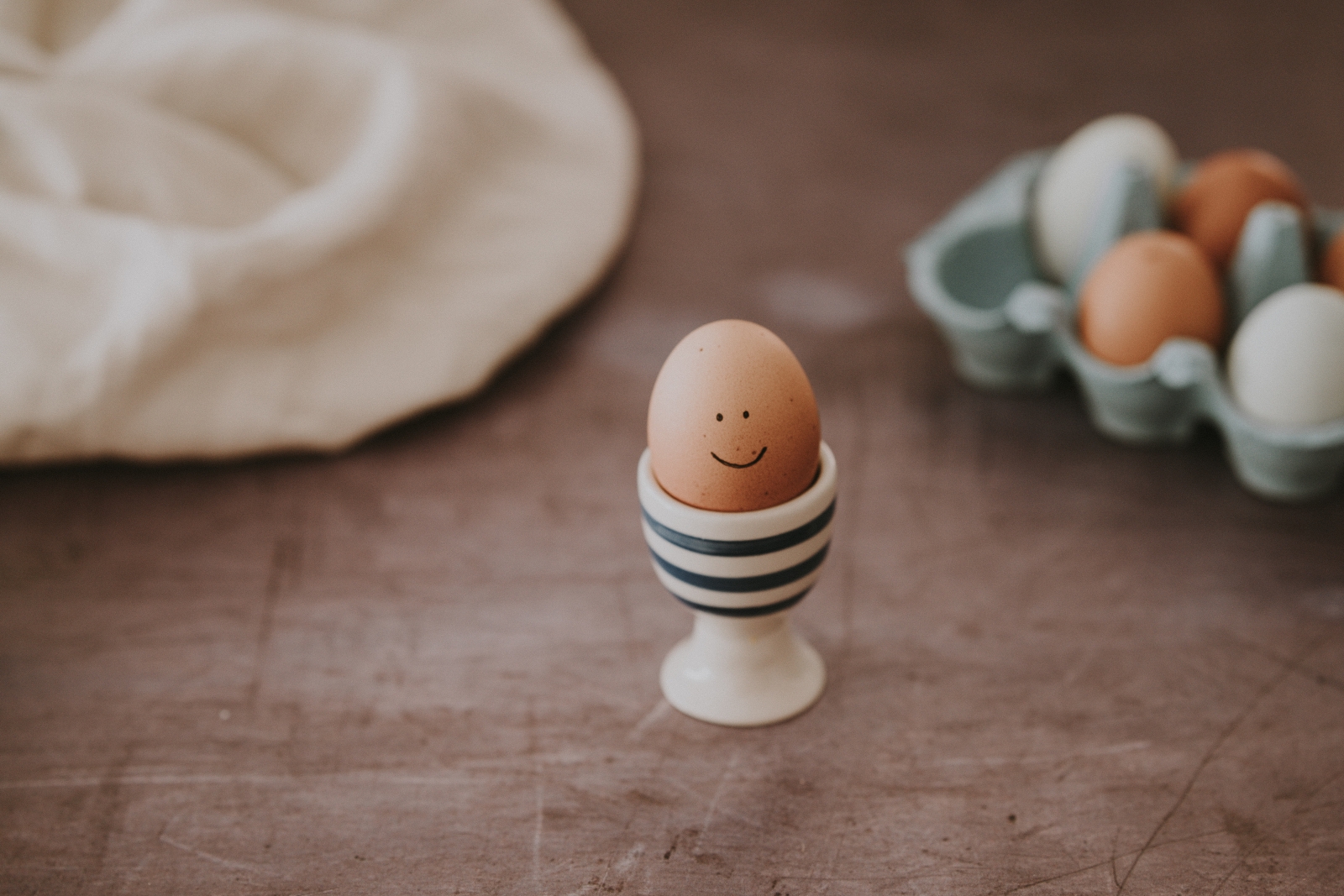 The Parable of the Egg Whites

It started with a dull discomfort in my mid-abdomen. Could be anything, I told myself. Until the discomfort turned into sharp pain.

I sat outside the tiny Australian-inspired coffee shop writing in my notebook. Its front wall is a garage door of windows. On nice days, they open the door and the tables and customers spill onto the sidewalk. It was just such a day, and I sipped the best cold brew on the Upper East Side and dug into a turkey wrap. I noticed that the wrap came with mayonnaise, but told myself it would be fine.

Recently diagnosed with an egg white allergy, I was still testing its limits. So far, baked goods were fine. Omelettes? Definitely not. Mayonnaise-based sauces lay somewhere in the nebulous middle.

After consuming the wrap, I felt the familiar cramping I could finally identify as an allergic reaction to consuming egg whites. I decided to finish what I was working on before heading home to ride it out, until the pain reached a level I hadn’t experienced in this context.

I didn’t fully understand what was happening or why the reaction was so severe. I just knew it hurt more than it should and I needed to do something to make it stop.

My pain-addled brain concluded that the only solution was to walk to the closest ER. None of my friends had a car, and they all worked normal jobs. As this was the middle of a weekday, they would be tied to their various desks. I thought about taking a cab, but I was not so far gone that I forgot that walking is free.

I walked the thirteen streets and two avenues (one mile) with the pain level steadily increasing, but still manageable. But upon arriving at New York Pres, I realized I had no idea in which of the monstrous buildings I might locate the ER.

Pain Brain thought, I can just figure it out without looking it up, and I proceeded to spend seven more minutes wandering around the streets of Manhattan looking for an indication as to where the ER might be.

By the time I walked in, I was doubled over and tears leaked out of my eyes. I waited for the random yahoo in front of me to ask every question under the bless-ed sun about their non-emergency “emergency” before I made it to the check in desk.

“How may I help you?” the nurse asked.

“I… I’m having… stomach pain… I think… I think it’s… an allergic reaction to eggs… I need… to see someone,” I managed to gasp out. She handed me a clipboard with a form to fill out, and I sat down to wait.

As I sat in the waiting room at NY Pres, still bent double and crying, I had a passing thought about a friend who was in her final year of P.A. school. Didn't she live somewhere around here?

I texted her to get her opinion, and it turned out she was doing her rotation at the hospital where I was waiting. In fact, she was about to come in for a shift, and would I like for her to come a few minutes early? Yes, yes I did.

She sat down and asked me some questions. The pain was beginning to ebb a bit, so I asked if I was ok to leave. She said it was my call, but if I went back to see a doctor, they would do imaging, I’d be there for hours, and they wouldn’t be able to do anything for me that some over the counter medicine wouldn’t also do for a lot less money. I told the skeptical lady at the welcome desk that I was feeling better and had decided to leave.

She raised an eyebrow and said, “Are you sure?”

“Yeah,” I breathed, smiling to conceal any residual pain.

“You were crying when you came in. Don’t you think you should see someone?”

“I really am feeling better, so I’m going home.”

My friend told me exactly what to get at the pharmacy and suggested I take the bus instead of walking home. Would I be able to make it home on my own or should she call someone? I said, “No, I’ll be fine.”

I made it back to my couch without incident, and the medicine took effect right on cue. I sipped a ginger ale, texted my friend to let her know I was feeling better and to thank her, and turned on an episode of Parks and Recreation. As I watched Amy Poehler and the gang work through the minutiae of planning the Harvest Festival, I made a mental note to avoid mayonnaise and all its derivatives moving forward.